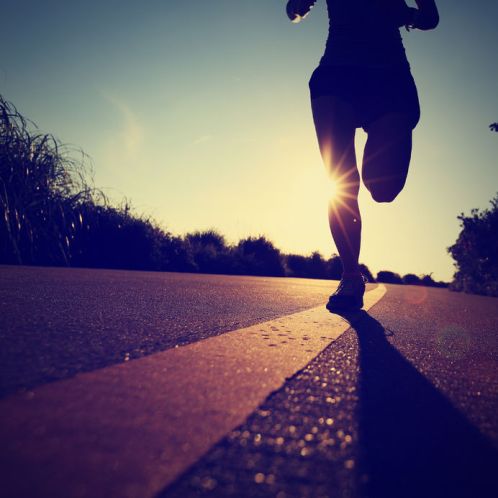 When we don’t stretch ourselves, we don’t grow. Physically, doing things that exercise our muscles can make us stronger. However, constantly embracing hardship or comparing ourselves to others cannot be good for our minds. Doing something that is easy from time to time may give us confidence and strengthen belief in our own abilities, but we should not make a habit of it.

In his book David and Goliath: Underdogs, Misfits and the Art of Battling Giants Malcolm Gladwell wrote that “little ponds give their fish more freedom”. He was referring to some American students who go to less prestigious universities and tend to perform better in later life than those who stay at the top schools where competition can be demoralising and even demeaning. While it may be all too easy to put success down to hard work and IQ, it often depends on the circumstances people find themselves in. In many situations we can choose our circumstances.

During the first two years of my psychology degree I decided I would go easy on myself and select elective subjects which I had either studied previously or which I had some experience in from the jobs I had worked. Unsurprisingly, my scores were lower in the “comfortable” units. Instead of putting a medium amount of effort to get an excellent mark in the easy subjects, I over-relied on my confidence and studied very little or not at all. I stayed at the same level of competence. On the other hand, I invested a lot more energy into the subjects I had never done and which I believed to be more difficult.

These results can be justified by the simple fact that I just did not prepare well enough for the subjects I did not feel challenged by. However, even more true may be that my beliefs about the “difficult” subjects had led me to appreciate them more and pushed me to study more. These subjects may have not been any more demanding than the ones that I considered to be more familiar with. Believing that they were hard played the crucial part.

Therefore, choosing difficult or choosing easy things in life may have nothing to do with how things really are, but rather what we believe them to be. In 1981, Clifford Young, a 61-year-old potato farmer from Australia won the 875-kilometre (544 mi) Sydney to Melbourne race because he did not know that runners were normally taking a break to sleep at night. He believed he was supposed to continue running, so he ran at a slow pace through the night, visualising that he was herding his sheep. He beat the previous race record by almost two days.

If we believe that something deserves our work and attention then we are likelier to achieve better results than when we face the same familiar situations all the time. Our results are not the only aspect that is likely to improve; crucially, our thoughts and beliefs about our abilities will learn to accept that what is comfortable is not a destination, but rather a checkpoint of where we are in relation to where we would like to be.

There is always the next level. There is always something else to sweat about. Don’t make it a chore or a source of stress. But if you really care about it, do it. Thankfully, we can choose where our beliefs will take us, as long as we choose to accept that the world is neither bad or good, difficult or easy. So in 2017, from January 1, why not choose to believe in things that will make you sweat and grow.

This site uses Akismet to reduce spam. Learn how your comment data is processed.

No part of this website may be reproduced, transmitted, stored in a retrieval system or translated into any language or computer language, in any form or by any means, electronic, magnetic, optical, chemical, manual or otherwise, without prior written permission from Alexander Peterson, beliefblog[at]gmail.com
%d bloggers like this: